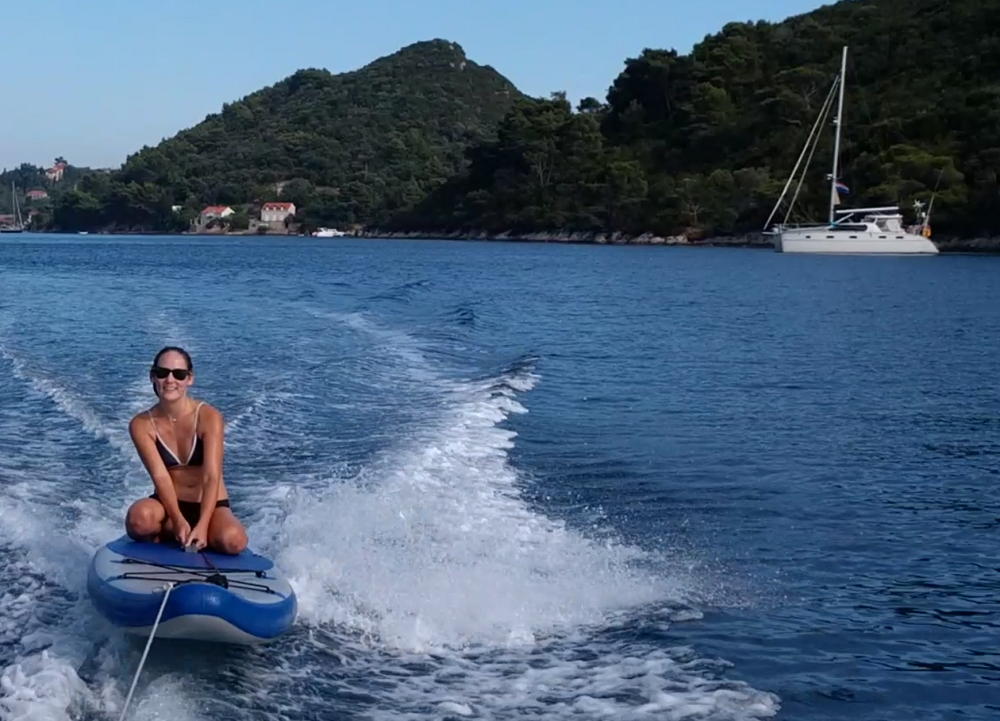 From sapphire seas to almighty mountains and historic villages, there are countless places to explore in Croatia. And, the Dalmatian Coast, Dioclentian’s Palace, the Mediterranean city of Dobrovnik, and the island of Sipanska Luka, a calm and uncrowded watersport playground giving visitors the chance to relax and play, are just some of the highlights.

Croatia is an Eastern European country embraced by a beautiful coastline on the Adriatic Sea. Made up of more than a thousand islands, it’s also crossed by the Dinaric Alps. The capital city of Zagreb, is distinguished by its medieval Gornji Grad area and amazing museums. The large and popular coastal city of Dubrovnik is known for its 16th-century walls encircling Gothic and Renaissance buildings.

Croatia’s pristine coastline is met with some of the most stunning, deep-blue waters in the world. Visitors can enjoy traversing its white pebbly beaches and engaging an array of watersports such as snorkeling, diving, kayaking, windsurfing and sailing.

Excellent museums are poised to showcase Croatia’s many treasures that encompass the vast range of European history from the prehistoric to post-communist, revealing a history that is equal parts fascinating and terrifying. Situated between central Europe and the Balkans, Croatia has been shared with competing kingdoms, republics, and empires for hundreds of years and its museums are a poignant testament to its endurance and cultural diversity.

One of the most amazing sites to behold in Croatia are the Dinaric Alps which stretch from Italy to Albania and curve along its coast. Craggy peaks, wondrous caverns and majestic waterfalls are joined by picturesque lakes giving visitors the opportunity to enjoy activities like hiking, biking, rock climbing, rafting and zip lining.

Croatia is at once a cultural feast both visually and in its welcoming citizens who enjoying sharing their homeland and its food with visitors to the country. Family-run restaurants feature local favorites while a new breed of up and coming chefs have enlivened the food scene and created a delicious, international notoriety with the help of world-class Croatian wines and exceptional olive oils.

One of the must-see towns for visitors to Croatia is Dubrovnik, a wondrous city jeweled with Renaissance churches, cobblestone streets, and fountain. Its beauty is enhanced by a drive along the rugged coastline offering amazing panoramic views of the Dalmatian islands.

Scenic mountains, jaw-dropping islands and a rugged love for life are the kind of vibes that will surround you from the moment your adventure takes root. For those who fear the cold, here’s some good news, this Scandinavian … Continued

Amsterdam is the largest city in Holland, with just over a million people. That being said, this multi-cultural city warmly embraces over 3 million people each year into their beautiful city. This city carries vibes of history, beauty, … Continued

Copenhagen: The City of Bicycles, Culture and Happy Vibes All Around!

It is also the city of love, has a vibrant night-life, lets you indulge in marvelous experiences and offers you a plethora of other wonderful things to do as well, but we couldn’t really mention that in a … Continued