Turkey is a famous tourist place known for its Mediterranean beaches, spectacular mosques, and incredible natural scenery. Turkey has acted as an entrance between Asia and Europe for thousands of years. Being a place of dealing and of exchanging cultures has made Turkey a well-diverse country. At the point where West meets East, the richness of culture and breadth of impacts has left its spot and divulged in the country’s mouthwatering delish topography, as well as in the countless religious memorials and prehistorical sites.

Once serving as the Byzantine and Ottoman Empires’ capital, Istanbul today is the biggest city in Turkey and one of the biggest in the world. Istanbul extended over both sides of the Bosphorus, a narrow strait that connects Europe and Asia, making it the only city in the world crossing two continents. Splendid architecture, dining, shopping, historic sites, nightlife, and tropical atmosphere all make Istanbul one of the world’s top tourist attractions.

Istanbul is the Old City where most of the city’s splendid historical sites, like the Blue Mosque, are found. Another key district is New City, known for its modern-day attractions, shopping malls, and skyscrapers. Galata and Beyoglu are famous zones for entertainment and nightlife, while the Bosphorus area is home to attractive palaces, urban parks, and waterfront mansions.

Istanbul Airport is one of the modern and biggest airports globally, located northwest of the city in the district of Arnavutköy. This Airport was legitimately opened by Turkish president Erdogan on 29 October 2018, the national day in Turkey. On 6 April 2019, it replaced Istanbul Atatürk Airport as the central passenger airport serving Istanbul. 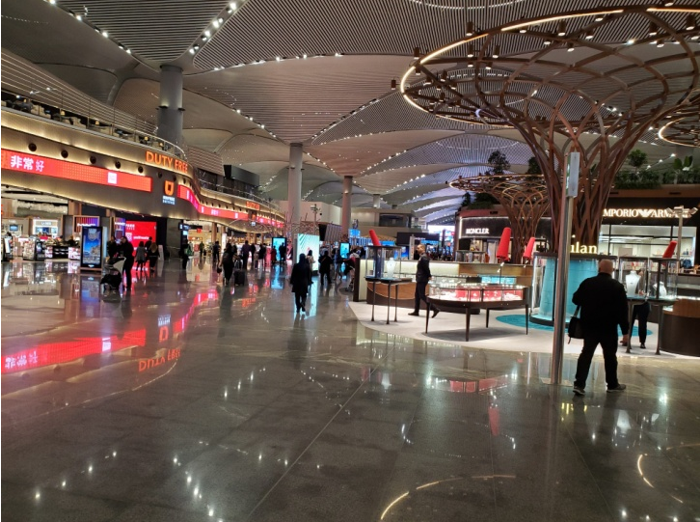 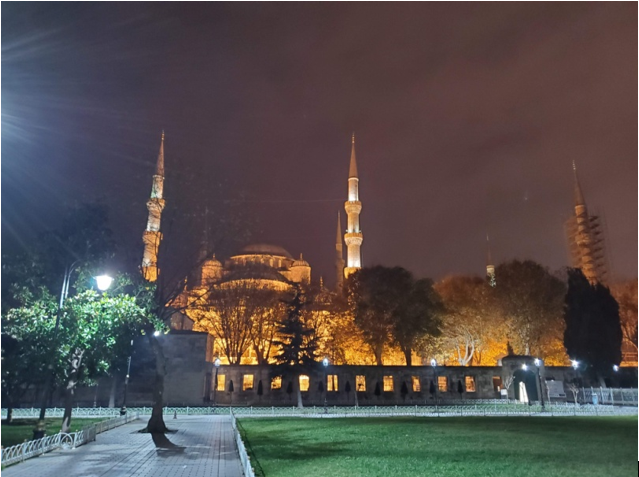 The Blue Mosque is a historic mosque in Istanbul. Blue Mosque is a very ancient mosque that still holds its name in the city. The mosque gets its nickname from its decoration of tens of thousands of Iznik tiles. This memorial has six minarets that are very captivating. You can visit this place to praise attractive designing and interior design. Visitors must cover their heads and remove their shoes before entering this religious place. One of the attractions of this mosque is the existence of blue tiles. Mosque was constructed between 1609 and 1616 years, during the rule of Ahmed. It also holds a tomb of the founder, a hospice, and a madrasa. Besides still used as a mosque, the Sultan Ahmed Mosque has also become a famous tourist attraction in Istanbul. Apart from being a tourist attraction, it’s also an active mosque. 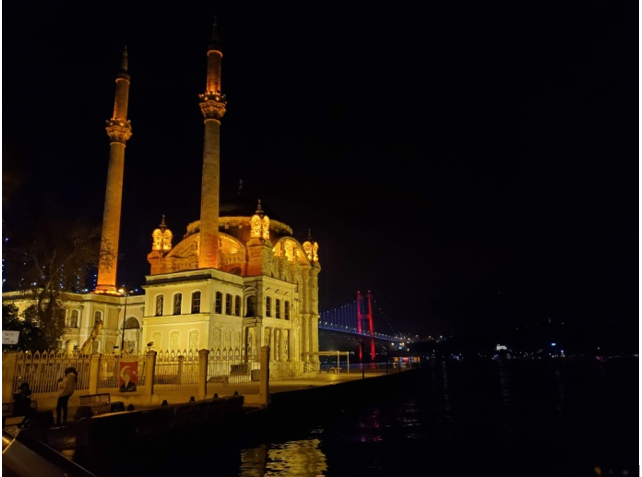 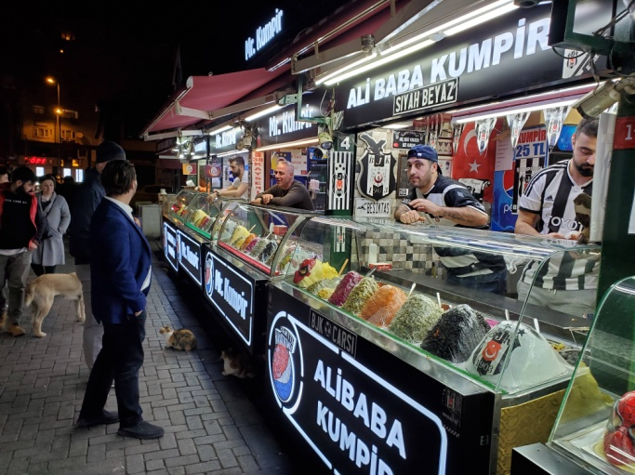 There is famous street food called kumpir in Istanbul or roughly translated, “fulfilled baked potato.” Kumpir is an effortless and renowned street food dish in Turkey. It is genuinely a Turkish style of a baked potato. Kumpir is certainly not your typical baked potato. It begins with a colossal potato sliced in the middle for a munificent smudging of cheese and butter and is wiped out with an immense mixture of toppings. Ordinary toppings you’ll see at vendors are pickled vegetables, pickled beets, corn, olives, kisir, hotdogs, and a dollop of yogurt. Kumpir is best no matter when you feel like just sitting and enjoying the fresh Istanbul scenery. 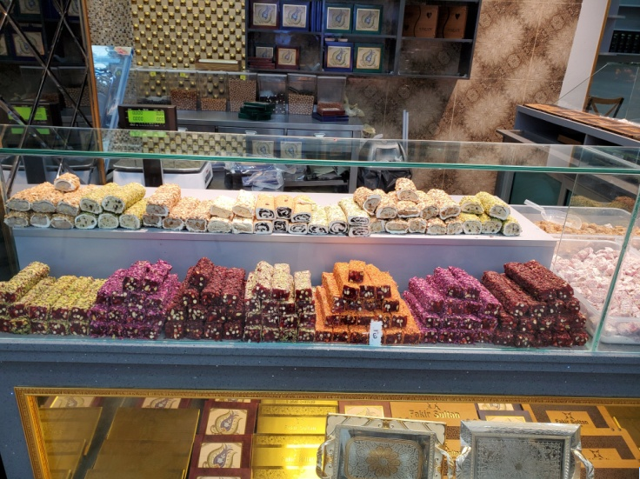 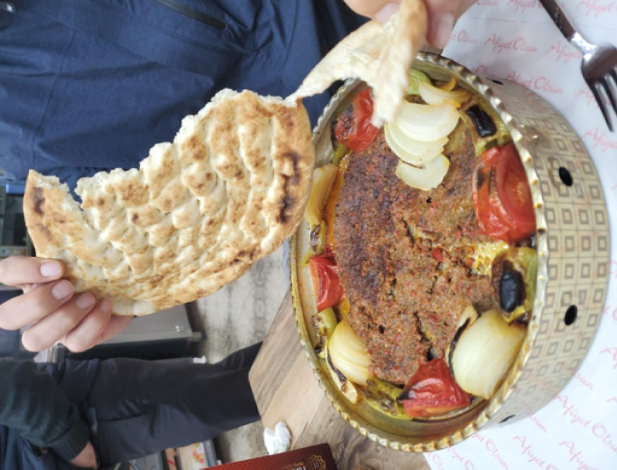 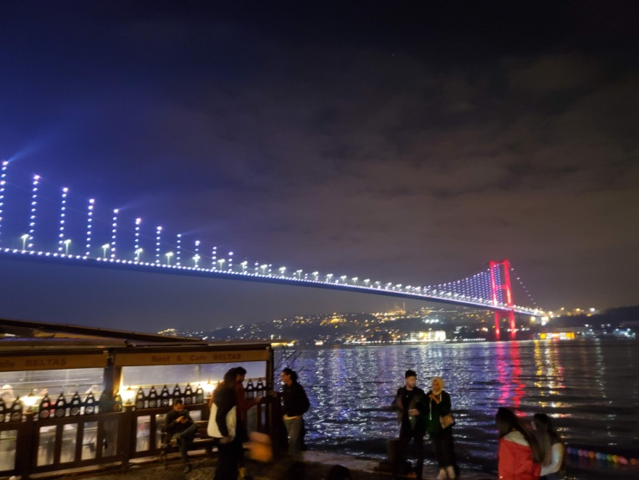 The Bosphorus Strait describes Istanbul. It is divided between Asia and Europe, and the major connection between the Sea of Marmara and the Black Sea. Marked with parks and intricate Ottoman mansions, including Dolmabahce Palace, and pass over by three intercontinental bridges, the Bosphorus is the city’s, bonafide heart. These days, urban neighborhoods are lined on both the European and Asian sides, and the Bosphorus has grown to be an engaged trading passage for ships and large tankers. As a dominant tourist attraction of Istanbul, it is worth devoting at least a day to explore the attractiveness of the Bosphorus.

Attractions of the Bosphorus in Istanbul

Many people think that Turkey is not a friendly country due to Muslim culture and religion. But the reality is: when you leave the preconception behind, you will be captivated by the beauty of Turkey and its people. The more you discover, the more you will fall in love with Istanbul. All the great budget airlines fly to Istanbul Airport; Turkish Airlines has great links worldwide. Whenever you need a break from all this impassioned life, there is always a small tea house, a nice garden, or a mosque where you can breathe, sit, and relax.

If you are adventurous and a lover of nature, Morro Bay is the perfect place to visit. The town has many things to do, especially in the summer with beautiful coastal areas. Morro Bay looks captivating because of its several … Continued

Best Places To Visit In Bhutan

Bhutan has a very interesting and rich history which can be clearly seen in all the places around the country. It has remained one of the top hot spots of tourism due to the historical significance of the different infrastructure … Continued

Introduction Turkey is a famous tourist place known for its Mediterranean beaches, spectacular mosques, and incredible natural scenery. Turkey has acted as an entrance between Asia and Europe for thousands of years. Being a place of dealing and of exchanging … Continued